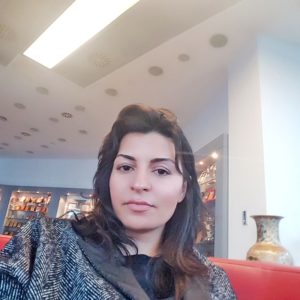 With nine years of research and management consulting experience, Dr. Demir provides energy firms, utilities, technology developers and governments with leading analyses, insights and policy recommendations.
Share on twitter
Share on linkedin
Share on facebook
Given Brussel’s unprecedented pressure, Russia announced in December 2014 that it terminated its strategic South Stream project, which was to ship up to 63 billion cubic meter (bcm) Russian gas to Europe across the Black Sea.

What was even more surprising was the announcement made about the replacement of South Stream with the TurkStream pipeline project. The TurkStream was planned to run along almost the same route and to pave the way for Russia to recoup much of the capital already spent on the former.

The TurkStream was given a start following the intergovernmental agreement approved by the parliamentary general assembly in 2016.

It will initially consist of two parallel pipelines carrying a total of 31.5 bcm of Russian gas with half of that volume to be delivered to Turkish consumers while the other half to be further exported to the Balkans and Central Europe (including Bulgaria, Serbia, and Hungary).

The first leg of the US$11.4 billion project was officially opened on 8 January while the second is scheduled to be fully operational by the Beginning of 2020 by connecting to the Trans-Balkan pipeline system.

Both Russia’s latest projects, TurkStream and the North Stream 2 (reaching Germany via the Baltic Sea), are gas transit routes into Europe. They are both designed to bypass Ukraine although recently have been exposed to the U.S. sanctions that targeted contractors building the lines. Indeed, the latter was just weeks away from completion when the sanctions halted it to provide Ukraine and Europe more time working on alternative plans.

This does not only tell us about deep-rooted discontent of the European Union (EU) for seeing Poland and Ukraine pushed out of the gas transit map but also the determination of the U.S. to keep its position as an emerging gas exporter to Europe. Nevertheless, these projects will have serious political and economic ramifications for countries along the line.

In fact, the issue is quite clear on the European front. Europe has 40 percent reliance on Russia, which holds the world’s largest proved natural gas reserves, 38.9 trillion cubic meter, and is rigorously looking for ways to reduce it. Actually, for the last decade, Europe has been trying to provide an appropriate legal base to expand the range of countries it gets energy supplies from.

With the 3rd Energy Package and secondary legislation being published since 2009, the EU has taken various actions to prevent energy suppliers from engaging in more than one market activity, in particular having strategic energy infrastructure and networks.

The aim is to unite the 28 member states under a single energy market with a binding EU legislation and to ensure fair access to infrastructure and network services by protecting sector stakeholders from monopoly applications.

In truth, the EU opposes almost all current Russian projects in the European market and intergovernmental agreements Russia signs with countries like Bulgaria, Hungary, Slovenia and Greece within the 3rd Energy Package framework. Given the restricting room for maneuvering, Russia’s sudden decision to replace the South Stream with TurkStream project – which will also replace the Trans-Balkan pipeline in supplying the Southern European gas market – with a non-EU member, Turkey, explains this is why.

The European leg of the project remains ambiguous. In case the necessary permissions are not issued to Russia, the TurkStream project may face the risk of becoming a Blue Stream-like project through which Russia already ships gas to Turkey since 2003.

As said, especially the U.S. stand on this strategic energy game is of high importance. Having been recently involved in the picture and being a serious gas producer itself, the U.S. does not want to lose out the 513 million EU market to Russia that easily. Therefore, the tight competition between them set to continue.

Even embargo packages issued by President Donald Trump against North Korea and Iran are being perceived as indirect attempts to weaken Russia in finance, defense and energy sectors. Russia’s reaction is, however, that it will not abandon its major projects even if it has to finance them as long as Brussels gives them guarantees that, for example, extensions to the TurkStream will not be thwarted by an arbitrary political decision. By doing so, Russia plans to maintain it’s military and economic presence in the Black Sea and the Mediterranean despite NATO and the U.S.

Another major project of Russia that needs mentioning is the Power of Siberia. The 3,000 km project marks the first-ever pipeline supplies of Russian gas to China for which Russia and China National Petroleum Corporation (CNPC) signed a 30-year sales and purchase agreement in 2014. The project became operational last month and will carry 38 bcm gas per annum. This is also an indication of Russia’s determination to rigorously expand its gas export destinations and not to lose lucrative Asian markets to new players.

For Turkey, things are more complicated. Russia is one of Turkey’s biggest trade partners and likewise, it is Russia’s second-largest importer of gas following Germany. Although Ankara develops new projects to diversify its supply destinations and energy mix – by using more indigenous and renewable energy sources – it is difficult for Turkey to reduce its dependence on Russia overnight. And that is mainly due to lack of infrastructure as well as political and security reasons.

Nevertheless, it does not mean that this close relationship has not been shaken by Russia’s ever-rising gas price policies. Especially in the post-Soviet period, Russia has not been shy to use its price-card as a means of foreign policy over many countries and had been warned by Turkey several times to be referred to international arbitration for which.

Its deep role in Turkey’s energy sector puts Russia in a different category. That is mainly due to the partnerships Gazprom established with private Turkish companies within the scope of the gas release program started in Turkey in 2007.

That means Russia’s eagerness to play a role in the downstream markets of other countries does not only put the legitimacy of certain liberalization components (of the EU energy Directives) in danger but also creates the risk of cartelization and dumping Turkey may be exposed to in the mid-term.

Russia is also making inroads in Turkey’s nuclear power sector as it will be the builder, operator, and guarantor of the country’s first nuclear power plant (4,800 MWe) which will begin generating electricity in 2023. This indicates the breadth and depth of Russia’s influence on Turkey’s energy industry.

Leaving aside the Russia-Turkey energy relations, another issue worthy of attention is Turkey’s other signature project with Azerbaijan, the Trans-Anatolian Natural Gas Pipeline (TANAP).
The project has taken the Turkish and Azerbaijani collaboration on energy affairs to a new level, and 16 bcm of Azerbaijani gas is ready to be transported to Turkey-Greece border and then Italy via Trans-Adriatic Pipeline (TAP).
The inauguration ceremony for the EU backed TANAP was held in November 2019 and its capacity expected to rise to 23 bcm by 2023 and 31 bcm by 2026 along with expanded gas imports from Northern Iraq, Turkmenistan and other potential sources linked to it in the future.

But, the bottleneck this volume of gas may create inside the Turkish-Greece gas infrastructure system should not be gone unnoticed.

Unless Turkey takes necessary precautions to balance both the competition and technical availability of energy infrastructure, its overarching ambition to become an energy hub can be threatened.

That is to say, the goal to govern this process with wise diplomacy should be put above the necessity of making sure Turkey will continue to be part of more striking gas deals.

There is no doubt that TurkStream will also have significant economic ramifications in Balkan countries. Bulgaria, for example, already announced the start of construction works on the Balkan Gas Hub in 2018 based on the volume TurkStream will create while Greece has accelerated its interconnector investments at the border.

Similarly, Bulgarian-Macedonian chambers of commerce presented an initiative for the construction of a new gas pipeline linking the Northern Macedonia and Bulgaria.

Russia has gained important leverage over the energy security of these countries. But, what Russia is really after is greater access to its most significant market, Europe.

Unless European countries develop alternative routes and take notable steps in their LNG imports it may be inevitable for them to get more and more gas dependent on Russia.

That means Russia will continue to preserve its influence and interests in Europe and the Middle East for quite some time.