Operational Risk. 3 final observations on the 2011 $2.3B loss at UBS caused by a rogue trader. 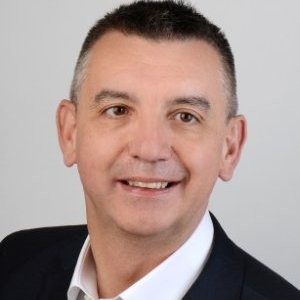 The Bankers’ Plumber. I help banks and FinTechs master their processing; optimising control, capacity and cost.
Share on twitter
Share on linkedin
Share on facebook
Insight form the coal face; in 2011 UBS had a $2.3B loss created by rogue trader Kweku Adoboli. Beyond the wrong doing and even conspiracy on the trading desk, operational processes failed.

I have commented on this case before 3cadvisory. Recently, somebody more closely involved with those events shared a few insights on where things went wrong; being able to make some concrete observations warrants a last word.

There were two underlying tricks that the trader was using to manipulate his P&L. One was using a special trading book to smooth the P&L. The other was making fictitious profit by booking imaginary trades with counterparts; trades which had value dates a long way into the future. These trades remained undetected either by the folks at UBS, or their counterparts. From the insights shared with me, three observations around the controls are worth making:

At some point in the proceedings, one of the Ops staff noticed the high number of trades being booked with value dates a ling way into the future. Recognising that this was not normal, the issue was raised, via e-mail, with the desk head. Definitely the right thing to do. “Understood. Actually no issue with this. All ok,” came the reply. So job done for the Ops person. Little did this person know though, the desk head was also helping hide P&L in the special trading account.

The Ops manager had a sense of what was normal, did the right thing, but sadly there was a conspiracy.

There were other management controls in place. Unfortunately, as people’s responsibilities rotated, the reports did not keep up. A previous manager was receiving the reports and ignoring them as he was no longer responsible. The new manager was not getting them. Static, or reference data, and HR processes will never ever be totally in sync with reporting systems.

Here the only available recipe is Napoleonic Law; guilty till proven innocent. Managers who are getting the reports should be on the hook until they can pass the baton to a receiving manager.

In Goldman Sachs years, I had the privilege of working with a wise Ops partner, Larry Linden, when we first started to look at OpRisk. That start was on examining what went wrong; Larry’s McKinsey training meant he strived to bring structure to the work. His view of incidents was that we had to be very clear about the type of problem: was it type I, an adequate procedure that was not followed or type II, an inadequate procedure.

Inside UBS, Ops had a defined process for checking on trades with forward value dates. The task was in the hands of a business process outsourcing partner in India. It seems that at some point prior to the discovery of the loss, the feed that drive the process had broken. An attempt to fix it failed. That status was not at all obvious in any of the reporting; it was not obvious that the there was a problem.

In the drains up exercise which inevitably followed, UBS did try to have the outsourcing partner take some of the blame. That failed; the contract effectively excluded all liability and there was no room to make a charge of “gross negligence” stick.

In this case, there was an adequate process, but it was not followed. What was required was a report that read “No data due to process breakdown”

Lessons to be Learned: Discipline. Ops had some of it; the escalation to the desk manager was the right thing to do, as soon as it was obvious that the activity was not normal. The trading floor lacked it; with an old manager simply ignoring the reports for business he was no longer responsible for. The BPO partner lacked it too; whatever they were reporting about long dated trades was not clear enough to highlight the fact that process was broken and the expected control was not being performed. Control means just that; if the reporting is not clear, control is undermined.

A personal request: Finally. I have ventured into self-publishing. The not so creatively titled, but practical guide: “Cash & Liquidity Management: Mastering the Challenges of New Regulations and a Changing Marketplace” is now available in print and on Kindle. All the bits form the Blog are there, together with a lot of detail on current challenges. Many of those challenges will take effect on Jan 1 2015. Time to be well informed! As too is the book on more general operations issues.

How to do Operations in an Investment Bank, or Not! Includes all the Blog Posts, with the benefit of context and detailed explanations of the issues. True stories about where things go wrong in the world of banking. Available in hard copy only.

An up to date view of the latest issues and how BCBS guidance that comes into force from Jan 1 2015 will affect this area of banking. Kindle and hard copy.

Thanks for your support and thanks to the numerous contributors.