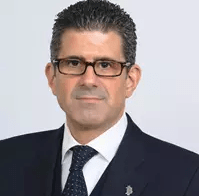 One thing we have learned since the global financial crisis that began in 2008 is that no institution—or country—is too big to fail, in spite of the Geithner doctrine. What many of us may not have accepted yet is what that could mean for many a family’s fortunes.

Political upheaval (think Iran and Egypt), financial mismanagement (Lehman Brothers and AIG), scams (Bernie Madoff and MF Global), and even extreme natural events (the 2011 Japan tsunami, Hurricane Sandy in 2012 and now COVID 19 in 2020) can affect the safety and accessibility of investors’ assets. In a worst-case scenario, it may be a matter of if, not when, investors can reclaim what they own. Any class of assets may be at risk if the institutions or nations that hold their cash, marketable securities, and even real assets such as jewelry, art, coins and precious metals were to go under.

When clients purchase a block of stock from one of the large wirehouses, book entry is actually held in “street name” (the wirehouse’s name), not the clients’. Computerization of the stock market and global capital markets have allowed financial institutions to move toward an electronic bookkeeping format. These wirehouses keep meticulous internal ledger entry records, which list ownership for each batch of securities (how else would proxy-voting occur?). However, issuing corporations see only the street holder name. As far as Google is concerned, for example, the wirehouse is the listed holder of these shares that individuals purchase through their brokers.

The lack of physical certificates can make it difficult to prove who owns an investor’s shares. For instance, the Depository Trust & Clearing Corp., (DTCC) one of the largest companies that tracks stock ownership, saw its 10,000-square-foot underground vault where it stores its records, immersed after Hurricane Sandy flooded its lower Manhattan offices on, ironically, Water Street.

The majority of the $1.7 quadrillion in trades the DTCC processed in 2011 were registered electronically, but the 1.6 million paper stock certificates (down from 8 million in 2000 and 32 million in 1990) were still sitting in DTCC’s vault at the time of the storm. These transactions were electronically recorded, along with images of all bearer stocks and bonds, but the company estimates it will take months to restore or replace the damaged certificates.

Potential ways to avoid this problem include:

It is possible to get paper certificates for free (from those companies that still issue them), but it requires time. Investors first must have their brokerage firms register shares directly in their name. Then the stockholder needs to contact the transfer agent and request the paper certificate. To do this for every company’s shares an investor owns would be time consuming. Therefore, investors would only jump through these hoops for shares they consider to represent a long-term investment outlook, owning the company instead of temporarily investing in them, in the pursuit of alpha.

Of course, investors who take possession of their stock certificates still must keep them safe from fires, floods, theft or simply from getting lost. Therefore, it is wise to keep them in sealed, waterproof containers and if possible in more than one location. Those families already holding precious metal bullion in their respective fire- and water-proof vaults in each of the family’s homes should consider keeping a small portion of their securities diversified into each of these private locations, in addition to a portion in public safety deposit boxes at key banks in different countries such as the U.S., Canada, Switzerland and Singapore, where existing relationships exist.

Few advisors will help individual families do a PIPE given that assets would be held away, but those with deeper and strong relationships with the family will deliver the firm’s capabilities and together with the family office CIO, a good due diligence and exploratory look can be achieved. Further, with this initial process under way, the family office CIO can further shop this out at several other investment banks that put such financings together, and have them compete for the business. Once up to speed, CIOs, especially those who are Chartered Financial Analysts, can run the numbers and implement such investments themselves for future PIPE opportunities.

Wirehouses are legally permitted to use shares owned by clients as collateral for other clients who wants to implement option strategies, short a security or even buy on margin. This is also known as rehypothication. Investors who hold securities are exposed to having their stock held in street name at any of the top six “too big to fail” banks, and thus should at least request their advisors remove the rehoypethecation capabilities in those accounts where they hold long-term ownership and are not using options or margin trades for their own strategies. The purpose is chiefly to limit these institutions’ tentacular reach into your holdings and prevent them from borrowing against your shares. Keep separate accounts – one with margin and the rest without—so as to maximize safety and not limit transactional capabilities or strategic alpha-seeking strategies.

The risk is that in the event of a Black Swan event or the collapse of the brokerage firm or bank, all private client assets may be frozen. This occurred with the collapse of Lehman Brothers in 2008. Unwinding all the rehypothecated securities and then separating the custodian and ownership for each client, share by share, company by company, prevented individuals from having immediate access to their money, shares or accounts. If investors’ money or assets are not listed in their name, they are exposed.

One immediate precautionary action to take is to call each broker and have them remove rehypothecation/margin capabilities from those accounts that do not require them, at each of the institutions where accounts are held.

Banks and wirehouses are, by law, supposed to segregate clients’ funds from their own. Regulators such as the Securities and Exchange Commission (SEC) and Chicago Mercantile Exchange (CME) are supposed to provide oversight to ensure that financial firms are not commingling their assets with customers’ cash. However, some financial institutions have been thought to temporarily dip into client funds. While this practice is claimed to go unnoticed and segregation is reclaimed in the clients’ account within 30 days, one deal gone bad could put billions of dollars at risk.

This is precisely what happened in October 2011 with futures clearing firm MF Global. Its CEO, Jon Corzine, invested $6.1 billion in risky European Sovereign debt, which caught the eye of worried credit agencies and trading partners.

This lack of confidence led to a liquidity squeeze that sent MF Global into bankruptcy. Bankruptcy proceedings revealed that the company had commingled its investments with clients’ funds, which created a $600 million shortfall in its customers’ money. As a result, customers’ funds were frozen. It is not clear whether they will ever fully recover their money.

Investors with Bernie Madoff suffered from similar problems when he failed to segregate different clients’ funds. Many of them never recovered financially.

Human error, not just greed, can expose investors to segregated funds, as in the more recent case of Cantor Fitzgerald & Co., Inc., which was fined $700,000 by the U.S. Commodity Futures Trading Commission in November 2012 for failing to maintain adequate segregated customer funds for three days earlier that year, when Cantor’s employee in charge of running daily computations (to determine the amount of customer funds it needed to be on deposit to meet its segregation requirements) was out sick.

We now are starting to hear terms such as under-segregation, and claims of firms having temporary breaches in segregation requirements—as though segregation was anything but black and white.

There is no way to know if one’s financial institutions maintain complete segregation, but wealthy investors can, at least, spread out the risk by diversifying.

Diversification requires much more than investing in different asset classes. Full diversification also means spreading assets among several advisory groups within each institution, in multiple institutions, in each jurisdiction and, in turn, in each of the national jurisdiction’s currencies.

At the moment, safe locations—jurisdictions with stable capital markets—include Singapore, Australia, Canada, Norway, the U.S., Brazil, England and Switzerland. Of these, Canada, Brazil, Norway and Australia are all resource rich countries with mostly non-U.S. export-dependent economies. However, it’s important to closely monitor developments in the countries where assets are held, to make sure those locations remain safe and strategically suitable for each family office—in line with each Investment Policy Guideline document.

A family with $1 billion in net worth may want to keep $250 million in at least three institutions in the U.S., and an equal diversified amount held in Canada, Singapore, Switzerland or Australia. If, however, the family feels a particularly high level of trust and patriotism, they may want to keep a greater portion in their country of origin.

The idea is to keep a top-down relationship for control and flexibility while also maintaining exposure to specialists in each asset at the different advisory groups. This will enable the family to maintain a non-correlated portfolio to what the others are doing (one financial advisory group relationship, many advisory groups under that one). That means the municipal bond advisor at, say, Morgan Stanley, may be a rock star in short-term securities, while the muni trader at JP Morgan may have a special strength in medium-term munis, and the Merrill Lynch muni person may specialize in long-terms.

Because the financial system itself has been strained to the max by the events of 2008, and is vulnerable to political turmoil, computer viruses and hacking and various acts of nature, it is more important than ever to beef up holdings in real assets such as gold and silver bullion (coins, bars, certificates), jewelry and art. As previously mentioned, it’s important to keep these holdings in diversified locations, institutions and jurisdictions. One good example to consider is the Australian mint, for allocated ownership of bullion and certificates (with AAA rating and insured).

To maintain even more air-tight control, families will want to invite their advisory teams within each bank to a meeting, to discuss their current outlook and approach. It will keep everyone on their toes and motivate them to work as hard as possible to compete with each other while maintaining a non-correlated investment strategy.

These multiple dimensions of hyper-diversification can be at times a challenge for family office CIOs, but this is what is best for the family. Protecting their fortune from the vagaries of the market and from problems with any one country and its currency, institution, advisor or asset requires a tremendous amount of vigilance from bottom up, with an overview of top-down control.

Unfortunate investors who had their money at MF Global or Lehman in recent years are still trying to recover hundreds of million dollars in capital. Those, however, who had distributed their capital among various advisory teams, multiple institutions, several countries and non-traditional assets holdings, would have been less exposed, resulting in a fraction of the losses as they were properly protected.