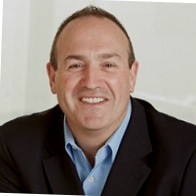 A 25 year plus financial services veteran and managing director of Digital Assets and Blockchain in Capital Markets at State Street.
Someone all of us should familiarize themselves with is a woman name Maja Mataric. Maja is the Chan Soon-Shiong Chaired Professor of Computer Science, Neuroscience, and Pediatrics at the University of Southern California.

The reason I bring her up is that way back in 1996 she was already experimenting with robots at Brandeis focused on cooperation. She is a leader in the field of Robot Socialization, and most recently she is doing some incredible things in the Health field. Way back in 1996 Maja conducted a number of experiments focusing on robot cooperation, and released a paper which can be read here:  https://www.cs.cmu.edu/~motionplanning/papers/sbp_papers/integrated2/mataric_box_push.pdf

The paper cites 3 experiments, the first to evaluate how difficult it is for a single robot to perform a single task; the second, how difficult is it for two robots to perform a single task independently, and the third, what efficiencies were gained when two robots performed the same task by communicating and synchronizing their “work”. Long story short, when the robots cooperated, the amount of steps it took dropped from 15.5 when they worked alone to 8, when the worked independently down to 6 when they cooperated.

To most of you this would seem obvious, whenever cooperation exists, work is spread out and more efficient outcomes occur. However, in this example which took place more than 20 years ago, there were very few “multi-robotic systems” around, and all of them operated independently of one another. In todays world we have many multi-robotic systems, but the key is while they may operate independently of one another, almost all must interact with another multi-robotic system to reach the same goal. A good example of this is the air traffic control system. Boeing and Airbus use disparate fly-by-wire systems, however they must both cooperate with each other and air traffic control in order to achieve the same outcome, in this case, the safe arrival of airline passengers.

Now think about this same concept and apply it to AI in Capital Markets, on the surface it sounds simple, cooperation of various AI Engines should be a rather benign exercise. Right? Wrong.

The problem is that in Capital Markets, the intended outcome is not to safely land every person on every flight, it’s to have your flight land first and hope the other guy is really, really late. In one facet of Capital Markets, trading for example, we rely on the fact that someone’s engine (take a VWAP algorithm for example) is smarter and more efficient than EVERYONE else’s. HFT is a classic example where the intelligence of one engine was intended to take advantage of the lack of “intelligence” and speed in another engine. In terms of electronic trading, the HFT robot is not designed to “cooperate, its designed to “rival” the other system. The same goes for almost every asset class, M&A and so on…. Adverse selection is inherent in Capital Markets and the dawn of AI is only going to exacerbate it.

As Artificial Intelligence begins to take hold in the Capital Markets ecosystem, disparate AI engines that are designed to “rival” other AI engines will at the very least hinder innovation, and at worst cause disruption if not outright chaos. (Imagine a black swan where a few dozen AI driven systems are trying to “survive” by taking advantage of a less intelligent AI driven system, the flash crash of 2010 will seem like just a blip.) As such there needs to be a concerted industry wide effort to ensure that the transition to an AI driven Capital Markets system is done without disruption and creates new opportunities.

Cooperation is not an Option

More than a decade ago while at Liquidnet, we hijacked the term “co-opetition” to build the H2O ATS. In effect we got our biggest “competitors” to “cooperate” and agree to interact with us to create a trading system that would benefit both our client bases, and hopefully do so without one taking advantage of the other. Trust me it wasn’t easy, but we know if it worked, we’d have created a new way of trading. And we did. Not only did our competitors start interacting with us, they also started creating the same agreements between themselves. Even the biggest rivals shared liquidity, pools. With H2O co-opetition was optional, however with AI Cooperation is not optional. Cooperation needs to go well beyond just “sharing” it requires deeper alliances and unparalleled cooperation and synchronization between rivals.

The industry must look to create a set of standards, similar to the one created by Google, Facebook, Amazon, IBM and Microsoft who created the awkwardly named Partnership on Artificial Intelligence to Benefit People and Society, dedicated to advancing public understanding of AI.

AI as well as Deep Learning and Machine learning are the next frontiers in Capital Markets, and that frontier is fast approaching. It will require all firms to have a strategy for cooperating and synchronizing their systems. Firms need to think about this as they use AI to operationalize their own internal systems. “How will this interact with external AI systems?” Technology vendors face an even greater challenge by having to figure out how to connect with a multitude of disparate AI systems.

If AI is to move beyond the hype and deliver on its many promises of efficiencies and rewards, it must be trusted, and firms need to trust each other. We could have exciting new ecosystems of digitized and intelligent products, that seamlessly interact with each other….or we can have something that looks a lot like Rock’em Sock’em Robots…..

A 25 year plus financial services veteran and managing director of Digital Assets and Blockchain in Capital Markets at State Street.
PrevPreviousTokenised Assets: The Next Evolution in Capital Markets
NextA Peek into Robotic Process AutomationNext